Beauty at its best

What happens when beauty and simplicity connects. We tried to give you a slight hint of that with the Colorway Theme. 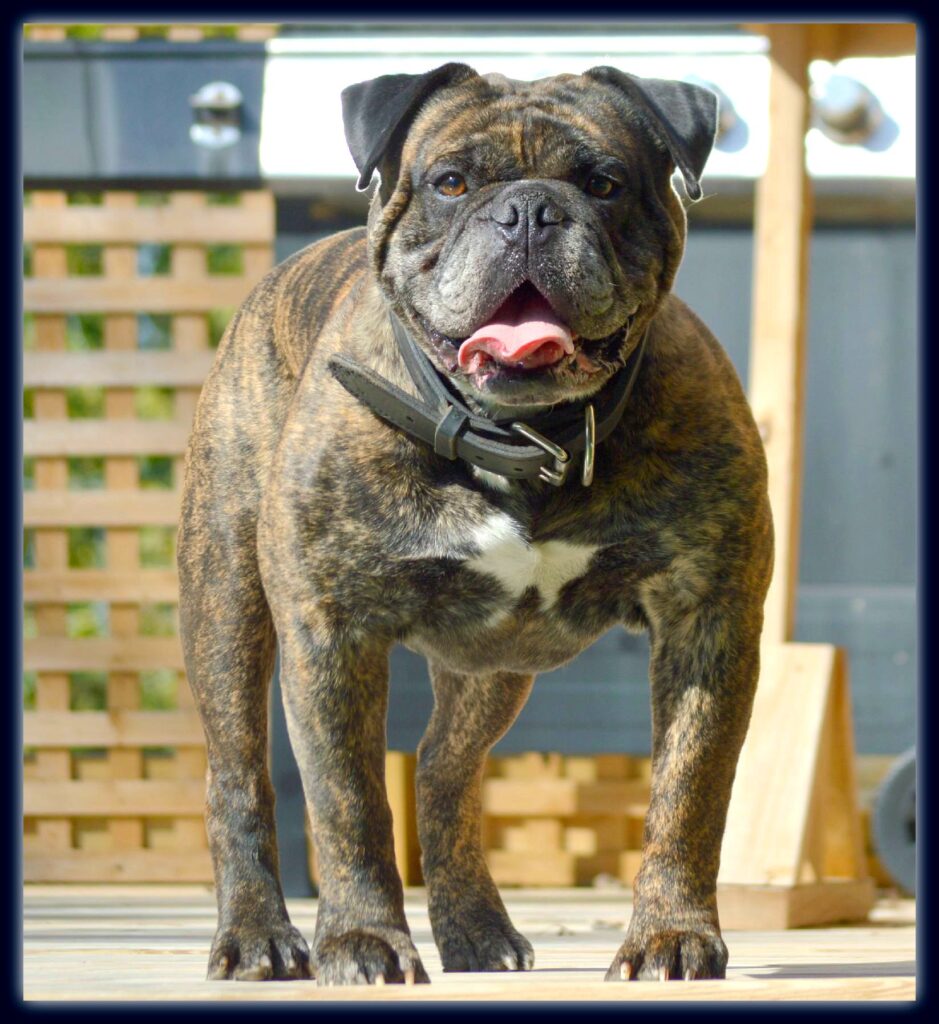 Harley is a Generational reverse black brindle. He is the foundation that our program was built on. Wherever we go, Harley turns heads because of his charm, color, and just how physically impressive he is. He is definitely man’s best friend. His pedigree weighs heavy with Olde Victorian blood. He is the epitome of a  “Bulldogge” – confident, strong, athletic, loyal, even-tempered, and Mighty. We refer to him as our “Monstersaurus”!

Harley Through the Years

One and a half years

Three and a Half Years

A Day to Remember!

-Adults for Sale -
Nothing at this time.
We would like to thank the Martin family for providing Maddie her forever home.